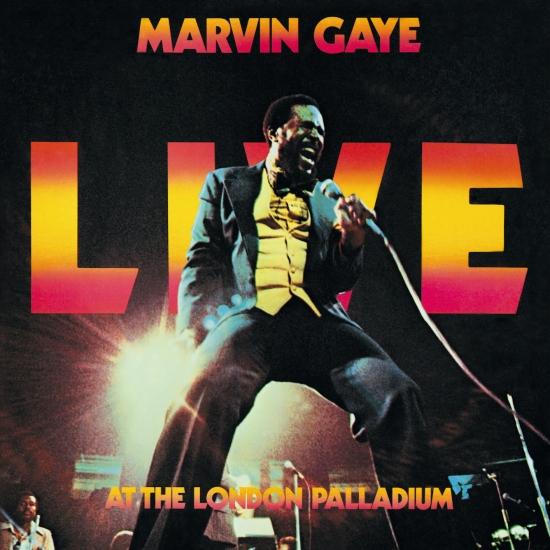 Info for Live! At The London Palladium (Remastered)

The shows comprising „Live! At The London Palladium“ were Marvin Gaye's first London concerts in a decade due to his fear of flying. This overseas layoff did nothing to douse Gaye's magical live presence as he performed a set of songs spanning his career. On Live! the debonaire singer charms the audience and peppers the early part of this set with some of his more sensual material including 'Since I Had You,' 'Come Get To This' and 'Let's Get It On.' The bulk of Live! is divided between three medleys. The first consists of material from his solo '60s period and features 'Ain't That Peculiar,' 'Pride And Joy' and 'Hitchhike.' A medley of Gaye's early-'70s, socially conscious canon quickly follows and includes ''What's Going On' and 'Save The Children.' The third medley finds Florence Lyles playing Kim Weston/Tammi Terrell/Diana Ross during the duets section that includes 'You're All I Need To Get By' and 'It Takes Two.' 'Got To Give It Up' (whose single version went to the top of the American pop charts) is also included due to producer Art Stewart's belief that more material was needed to round out the set.
Marvin Gaye, vocals, keyboards
Florence Lyles, vocals
Chuck Bynum, lead guitar
Johnny McGhee, guitar
Terry Evans, guitar
Michael Stanton, electric piano
Fernando Harkness, saxophone
Nolan Smith, trumpet
Gerald Brown, bass
Bugsy Wilcox, drums
Jack Ashford, tambourine
Melvin Webb, congas
Frankie Gaye, background vocals
Jan Hunter, background vocals
Odell Brown, organ, synthesizer
Elmira Amos, percussion
Frankie Beverly, percussion (Milk Bottle & Spoon)
Recorded live at the London Palladium, London, England
Produced and engineered by Art Stewart
Digitally remastered