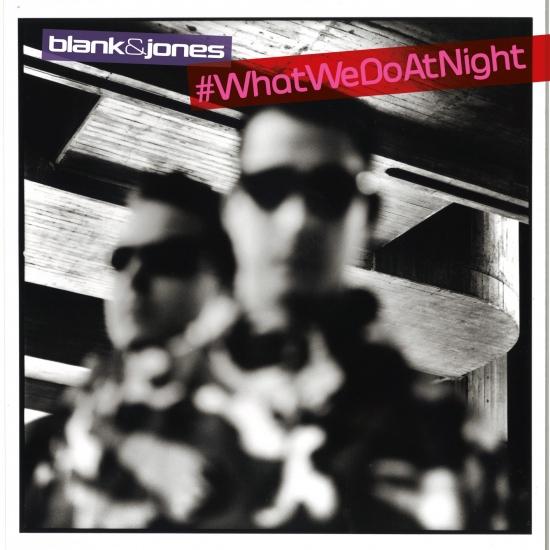 After eight years Blank & Jones surprise with a new club-driven Electronica-Album. Piet and Jaspa describe the sound as Adult Electronica, which nails it completely. They totally waive vocals and re-invent themselves one more time. If you join the journey, the songs, which rarely run under seven minutes, unfold their whole beauty and force. It s almost like an audio drama without words, just the energy of music running free. The tracks have this signature mix of euphoria and melancholy like only Blank & Jones can create. So with goosebumps and tears in your eyes you through your arms in the air and dance all night. That s exactly the secret of Trance Music and that s exactly what Blank & Jones celebrate to perfection on #WhatWeDoAtNight.