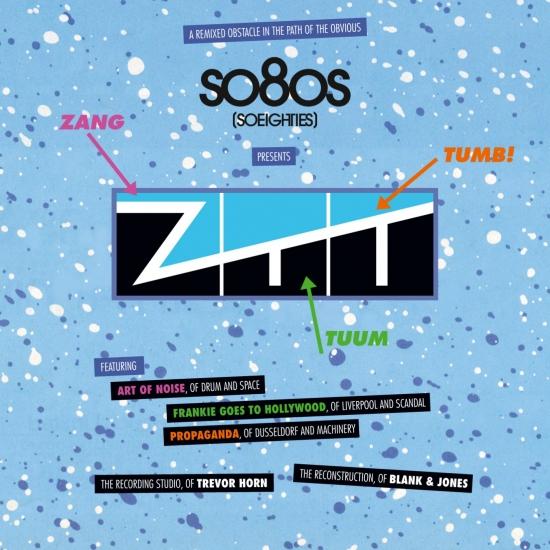 2014 two album set curated by Techno duo Blank & Jones. ZTT is the label from superstar producer Trevor Horn and was founded in 1983 together with Paul Morley and Jill Sinclair. The label's mix of perfect Pop music, new recording and sound technologies, great artwork and marketing gave artists like Frankie Goes to Hollywood, Propaganda and the Art of Noise the perfect home to conquer the world. Hit records like "Relax", "Dr. Mabuse", "Two Tribes", "Moments in Love" or "The Power of Love" became best-selling records in the mid '80s and are, no doubt, considered as "classics" today. What's special about this new so8os project is that Trevor Horn has agreed to hand over the original multi-tracks and Blank & Jones have set about reconstructing new mixes with the self-imposed restriction of only using the original parts available from the original tapes. This will offer the freshness and excitement of a new reworking, coupled with the authenticity of a period remix.