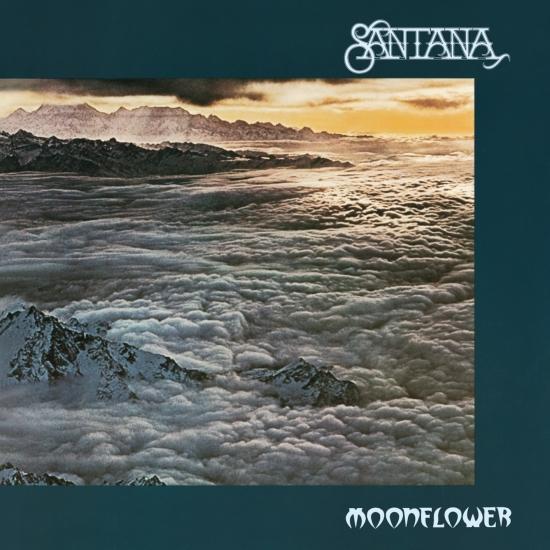 Moonflower is a studio and live double album by Santana, released in 1977. The recording features both studio and live tracks, which are interspersed with one another throughout the album. It is perhaps the group's most popular live album, because Lotus did not receive a U.S. domestic release until the early 1990s. It displays a mix between the fusion of Latin and blues-rock styles of the late 1960s and early 1970s, and the much more experimental and spiritual jazz fusion sound that characterized the band's mid-1970s work. The live material was recorded during the supporting tour for the Festival album, which displayed a similar mix of styles, and many of the album's songs are featured here – namely, the three song medley which opens Festival. vocals
„Santana, which was renowned for its concert work dating back to Woodstock, did not release a live album in the U.S. until this one, and it's only partially live, with studio tracks added, notably a cover of the Zombies' 'She's Not There' (number 27) that became Santana's first Top 40 hit in five years. The usual comings and goings in band membership had taken place since last time; the track listing was a good mixture of the old -- 'Black Magic Woman,' 'Soul Sacrifice' -- and the recent, and with the added radio play of a hit single, Moonflower went Top Ten and sold a million copies, the first new Santana album to do that since 1972 and the last until Supernatural in 1999.“ (William Ruhlmann) vocals
Carlos Santana, guitar, congas, timbales, percussion, background vocals
Greg Walker, vocals
Tom Coster, piano, Hammond B-3, synthesizer, vibraphone, marimba, background vocals
Pablo Tellez, bass
David Margen, bass
Graham Lear, drums, percussion
Raul Rekow, bongos, congas, surdo, percussion, cowbell, background vocals
Jose 'Chepito' Areas, congas, timbales, bell tree
Pete Escovedo, timbales, guiro, maracas vocals
Recorded in December 1976 (live tracks / Europe) and 1977 (studio tracks / San Francisco)
Produced by Carlos Santana, Tom Coster
Digitally remastered