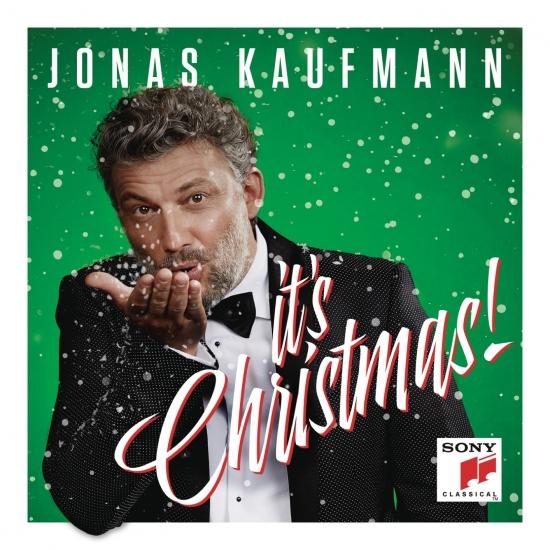 Info for It's Christmas! (Extended Edition)

In 2020, Jonas Kaufmann’s recording of It’s Christmas! was an outstanding success that captured the spirit of the holiday season. Now the album has been extended to include seven newly recorded songs and will be re-released on October 29 on Sony Classical ahead of Kaufmann’s highly anticipated concert tour this winter.
“The wonderful success of my first Christmas album, and the pleasure that it gave not just me personally but others, too, has lured me into returning to the studio this year to pay tribute to another holiday musical genre – intimate Alpine Stubnmusi – that for someone like myself, who grew up in Bavaria and Tyrol, invariably evokes the holiday spirit,” said Jonas Kaufmann.
New tracks on in this year’s release are Der englische Gruß, Auf, ihr Hirtensleut, Als Maria übers Gebirge ging, Zu Bethlehem geboren, Jetzt fangen wir zum Singen an and Mariä Wiegenlied. These six short gems are accompanied by Kaufmann’s Chiemgau colleague Stefanie Irányi in “original Stubnmusi scoring” for dulcimer, harp, violin, clarinet and double bass. Yet another new track is the French Trois anges sont venus ce soir with a string ensemble. This song was brought to Kaufmann’s attention by his friend and fellow opera singer, Ludovic Tézier. The instrumentalists for the album were carefully selected based on their suitability, and include Mozarteumorchester Salzburg, the Bachchor Salzburg and the St. Florianer Sängerknaben, all conducted by Jochen Reider, as well as harpist Florian Pedarnig and the Cologne Studio Big Band, conducted by Wieland Reissmann. Star trumpeter Till Brönner makes cameo appearances on Let It Snow! and Have Yourself a Merry Little Christmas.
Jonas Kaufmann

Booklet for It's Christmas! (Extended Edition)