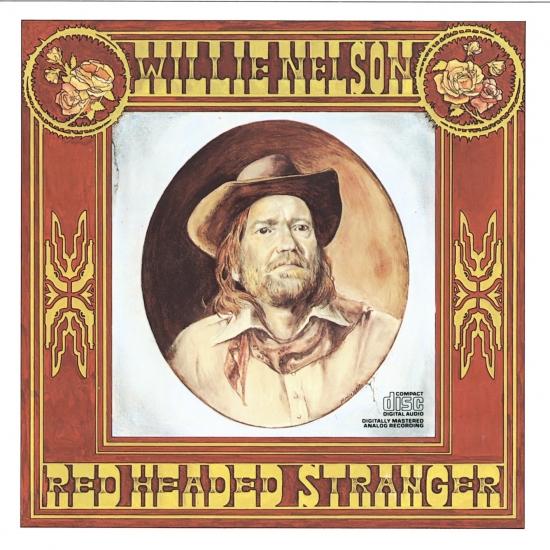 THE outlaw country album, Red Headed Stranger's bare-bones sound was the perfect antidote to the glitzy Nashville Sound dominating the airwaves in the mid-'70s, and lent an understated majesty to this tale of a wandering preacher in the Old West.
„Willie Nelson's Red Headed Stranger perhaps is the strangest blockbuster country produced, a concept album about a preacher on the run after murdering his departed wife and her new lover, told entirely with brief song-poems and utterly minimal backing. It's defiantly anticommercial and it demands intense concentration -- all reasons why nobody thought it would be a hit, a story related in Chet Flippo's liner notes to the 2000 reissue. It was a phenomenal blockbuster, though, selling millions of copies, establishing Nelson as a superstar recording artist in its own right. For all its success, it still remains a prickly, difficult album, though, making the interspersed concept of Phases and Stages sound shiny in comparison. It's difficult because it's old-fashioned, sounding like a tale told around a cowboy campfire. Now, this all reads well on paper, and there's much to admire in Nelson's intimate gamble, but it's really elusive, as the themes get a little muddled and the tunes themselves are a bit bare. It's undoubtedly distinctive -- and it sounds more distinctive with each passing year -- but it's strictly an intellectual triumph and, after a pair of albums that were musically and intellectually sound, it's a bit of a letdown, no matter how successful it was.“ (Stephen Thomas Erlewine, AMG)
Willie Nelson, vocals, guitar
Bobbie Nelson, piano
Mickey Raphael, harmonica
Bucky Meadows, guitar
Jody Payne, guitars, mandolin
Bee Spears, bass
Paul English, drums
Billy English, drums
Recorded January 1975 at Autumn Sound Studios, Garland, Texas
Engineered by Phil York, Eric Paul
Produced by Willie Nelson
Digitally remastered