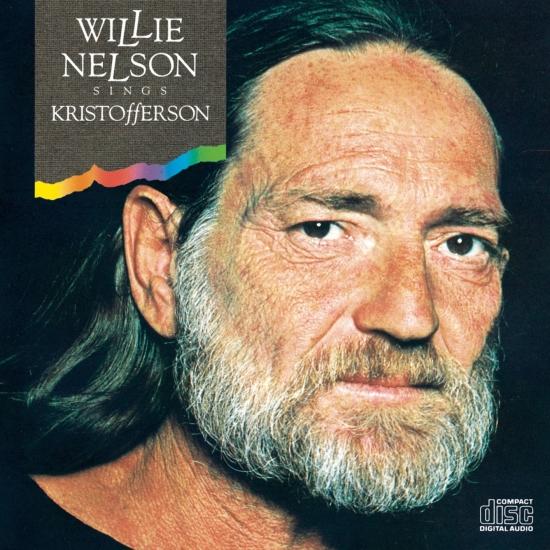 Long before alternative country, even before 'outlaw country,' Kris Kristofferson was defining the outer limits of country music with his frank, boozy, often risque songs and rough-hewn singing. In 1979, Nelson recorded a collection of Kristofferson's best compositions, appropriately titled „Willie Nelson Sings Kristofferson“. The set kicks off with a funky take on 'Me and Bobbie McGee,' then slides effortlessly through eight more classics including 'Help Me Make Me Through the Night,' 'Sunday Morning Comin' Down,' 'For the Good Times,' and one of gospel's great songs of self-recrimination, 'Why Me.'
Recorded at the peak of Nelson's fame, this disc is vintage Willie and Family, loose but never sloppy. It almost sounds as if the band is playing the songs for the first time, but that they know each other so well and are such expert players that the whole thing falls together naturally and effortlessly. Nelson obviously loves this material, and it shows both in his singing and his guitar playing, which is particularly inspired here. In the 1980s Willie and Kristofferson formed a country supergroup with Waylon Jennings and Johnny Cash, recording and touring as The Highwaymen.
Willie Nelson, vocals, guitar
Jody Payne, guitar
Bobbie Nelson, piano
Rex Ludwick, drums
Paul English, drums
Bee Spears, bass
Chris Ethridge, bass
Mickey Raphael, harp
Jerry Reed, electric guitar on 'You Show Me Yours'
Grady Martin, electric guitar on You Show Me Yours'
Albert Lee, electric guitar on 'The Pilgrim'
Booker T. Jones, organ on 'Why Me'
Kris Kristofferson, backing vocals
Engineered by Bradley Hartman, Harold Lee
Mixed by Bradley Hartman
Produced by Willie Nelson
Digitally remastered