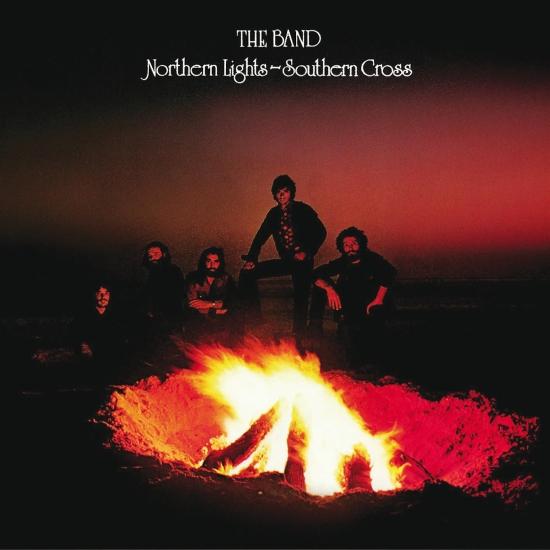 The Band’s Northern Lights—Southern Cross is, in nearly every respect, the group’s studio swan song. The group’s fifth album is also one of its finest works, a finely textured collection that at the time of its 1975 release marked the quintet’s first album of new material in four years. And what songs they are. Anchored by the standards “Acadian Driftwood,” “Ophelia,” and “It Makes No Difference,” the set finds the collective in peak form.
Mastered from the original master tapes brings the beauty, intellect, and contours of Northern Lights—Southern Cross to life as never before. You can now hear the oddly tuned fiddling of bluegrass virtuoso Byron Berline seamlessly mesh with Garth Hudson’s bagpipe and Richard Manuel’s piccolo with unparalleled transparency. Bliss.
The first studio album of Band originals in four years, in many respects „Northern Lights, Southern Cross“ was viewed as a comeback. It also can be seen as a swan song. The album was the Band's finest since their self-titled sophomore effort." (Rolling Stone)
Robbie Robertson, vocals, guitar
Richard Manuel, vocals, piano, organ, keyboards
Rick Danko, vocals, bass
Levon Helm, vocals, drums
Garth Hudson, soprano saxophone, woodwinds, piccolo, accordion, organ