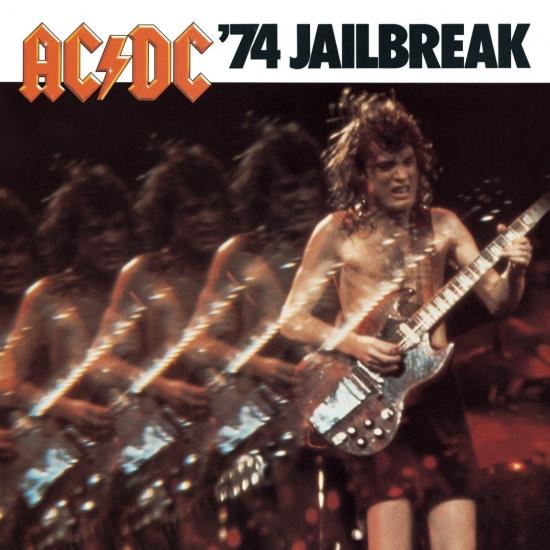 74 Jailbreak is an EP by Australian rock band AC/DC, comprising five tracks that had previously been released only in Australia. It was released in 1984 only in Argentina, Brazil, Canada, Colombia, Ecuador, Israel, Japan, Mexico, South Africa, the US, Uruguay and Venezuela. The song "Jailbreak" was also released as a single and a video. The EP was reissued worldwide in 2003 as part of the AC/DC Remasters series.
The first track is from the Australian version of Dirty Deeds Done Dirt Cheap (1976), while the rest are from the Australian version of the band's debut album, High Voltage, recorded in 1974 and released early the following year.
"Despite longtime AC/DC fans' immediate acceptance of replacement singer Brian Johnson (resulting in one of rock's all-time best sellers, 1980's Back in Black), there was still demand for Bon Scott-era unreleased tracks. Several of their early albums in Australia and Europe (such as T.N.T.) were later combined together for their first U.S. release, High Voltage, while several tracks were cut from the original versions and never issued stateside. 1984's five-song EP, '74 Jailbreak, features these forgotten tracks from the band's early days. "Jailbreak" automatically became a concert standard when the EP came out, and it remains a mystery why it wasn't released earlier. Also included is the largely instrumental "Soul Stripper," a cover of "Baby Please Don't Go," plus a pair of Angus Young-Malcolm Young-Scott originals: "You Ain't Got a Hold on Me" and the autobiographical "Show Business." Although '74 Jailbreak is by no means a definitive collection of early rarities (such compositions as "Fling Thing," "Love Song," "Stick Around," "R.I.P.- Rock in Peace," and "School Days" remain unreleased in the States), it is a worthwhile, brief snapshot of early AC/DC." (Greg Prato, AMG)
Bon Scott, lead vocals
Angus Young, lead guitar (tracks 1 and 5), rhythm guitar
Malcolm Young, rhythm guitar, lead guitar (tracks 2, 3 and 4)[2], backing vocals
George Young, bass, backing vocals, drums
Rob Bailey, bass
Mark Evans, bass guitar (on track 1)
Phil Rudd, drums, percussion (on track 1)
Tony Currenti, drums, percussion on (tracks 2-4)
Peter Clack, drums, percussion on (on track 5)
Produced by Harry Vanda, George Young
Digitally remastered