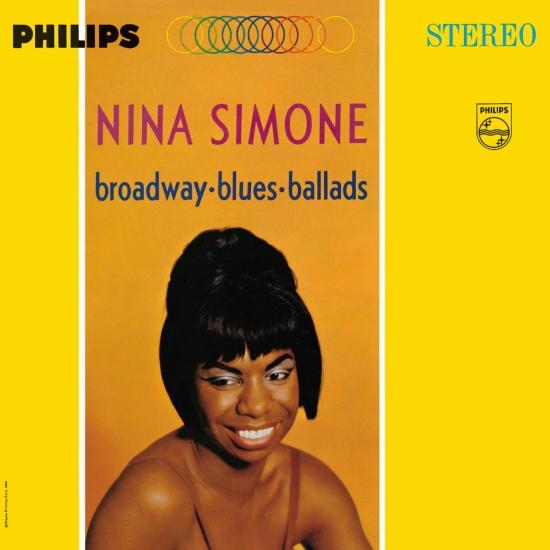 Nina Simone recorded „Broadway Blues Ballads“ for the Philips label in 1964 as an attempt to broaden her appeal to a more mainstream audience. This release is notable for introducing two now-classic Nina Simone tracks, 'Don't Let Me Be Misunderstood' with its under-the-surface civil rights connotations, and 'See-Line Woman,' an ironic song about a high class prostitute, featuring Simone's own African-style percussive arrangement.
While nothing on the album really qualifies as blues, the album features such Broadway show tunes as Cole Porter's 'The Laziest Gal in Town,' and Rodgers and Hammerstein's 'Something Wonderful,' which loses all its cloying qualities in Simone's hands. The heavily-orchestrated arrangements, which are firmly rooted in the mid-'60s pop sound, are produced by Hal Mooney. Don't Let Me Be Misunderstood (soon to be a smash for the Animals) kicks off this 1964 Verve LP, followed by Nina's own versions of Something Wonderful, The Laziest Gal in Town, her classic See Line Woman, and more!
Nina Simone, vocals, piano
Rudy Stevenson, flute
Bobby Hamilton, drums
Lisle Atkinson, percussion
Horace Ott Orchestra
Hal Mooney Orchestra
Recorded in New York, in 1964
Digitally remastered