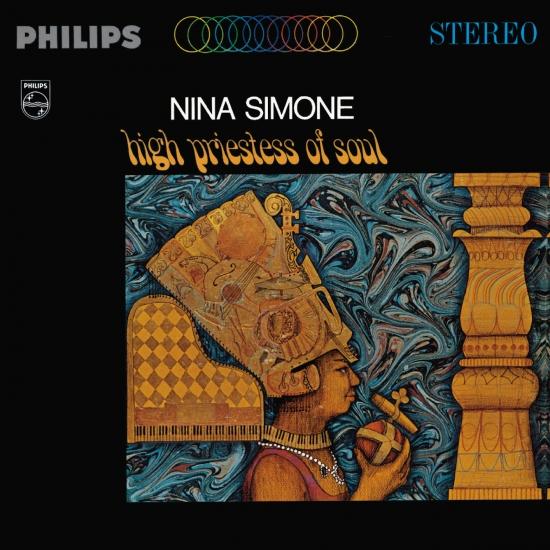 „Perhaps a bit more conscious of contemporary soul trends than her previous Philips albums, this is still very characteristic of her mid-'60s work in its eclectic mix of jazz, pop, soul, and some blues and gospel. Hal Mooney directs some large band arrangements for the material on this LP without submerging Simone's essential strengths. The more serious and introspective material is more memorable than the good-natured pop selections here. The highlights are her energetic vocal rendition of the Oscar Brown/Nat Adderley composition 'Work Song' and her spiritual composition 'Come Ye,' on which Simone's inspirational vocals are backed by nothing other than minimal percussion.“ (Richie Unterberger)
“As an artist, I must give myself wholly and completely to the expression of that which is within,” said Nina Simone, who never sought the easy path. On her final recording for Philips, Simone selects diverse repertoire including songs by Chuck Berry (“Brown Eyed Handsome Man”) and Duke Ellington (“The Gal from Joe’s”), frames her soulful voice with lush orchestrations, and relates a string of personal and magnetic stories in song.
Nina Simone, vocals, piano
Hal Mooney Orchestra
Digitally remastered.