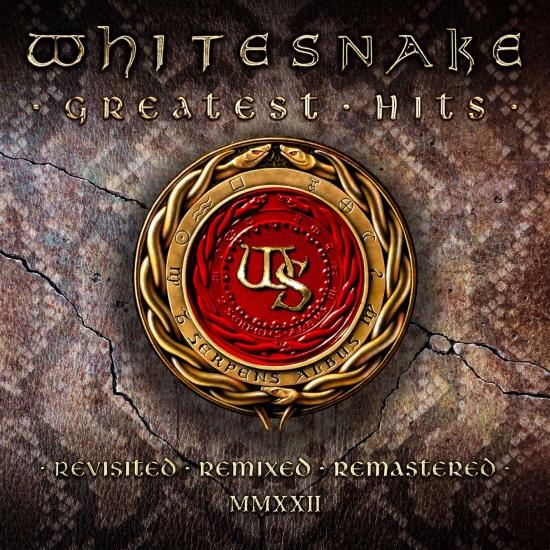 Whitesnake's Greatest Hits is a compilation of Whitesnake's biggest hits from the 1980s. It features hit singles from their albums Slide It In, Whitesnake and Slip of the Tongue.
Multi-platinum, legendary rock ‘n’ roll band Whitesnake, founded by singer and former DEEP PURPLE member David Coverdale, is embarking on a Farewell Tour to cap off a successful career spanning more than 40 years.
Founded in 1978 by former Deep Purple singer David Coverdale, the band have earned multi-platinum albums including ‘TROUBLE’, ‘LOVEHUNTER’, ‘READY AND WILLING’ and ‘COME AN’ GET IT’, ‘SLIDE IT IN’ & 1987’s self-titled mega-million-selling smash-hit album, ‘WHITESNAKE’. From these albums came multiple top 10 hits worldwide, including 2 number 1 singles with ‘Here I Go Again’ and ‘Is This Love’ The world-renowned group featuring DAVID COVERDALE (vocals), REB BEACH (guitar/vocals), JOEL HOEKSTRA (guitar/Vocals), TANYA O’GALLAGHAN (bass/vocals), TOMMY ALDRIDGE (drums), MICHELE LUPPI (keys/vocals) and introducing the extraordinarily talented DINO JELUSICK (keys/guitar/vocals) are coming to venue near you soon.
The Farewell tour will feature songs from the band’s 13 studio recordings, including greatest hits such as ‘Here I Go Again’ and ‘Is This Love’. This latest tour follows on from the globally successful 2019 ‘Flesh & Blood’ tour, which saw the seasoned musicians play 65 shows in 30 countries and was attended by more than 750,000 fans in total.
Whitesnake
Digitally remastered