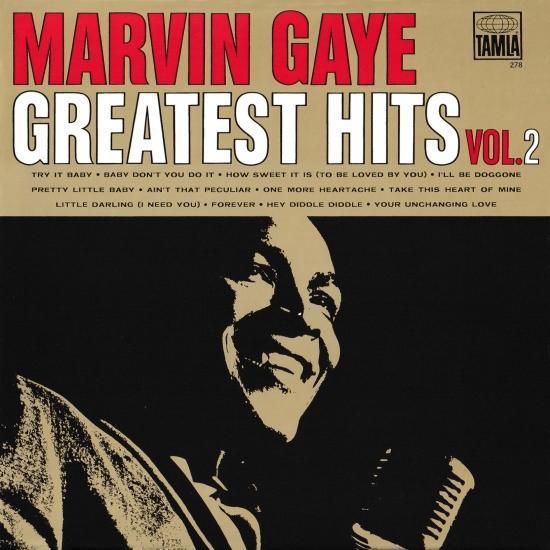 Marvin Gaye's Greatest Hits, Vol. 2 is a compilation album of greatest hits, a second compilation by American R&B/soul singer Marvin Gaye.
Other than the Anthology line, this was for quite a while the best single album set featuring Gaye's early and mid-'60s hits. There isn't a dud in the bunch, but both the Super Hits and Anthology line give you more cuts, while the boxed set has more variety. But this isn't by any stretch a bad release.
Marvin Gaye
Digitally remastered