In Our Lifetime? (Remastered) Marvin Gaye 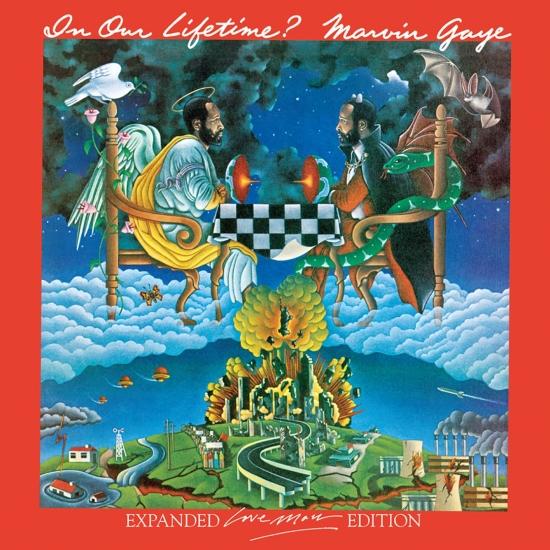 Info for In Our Lifetime? (Remastered)

Marvin Gaye’s In Our Lifetime? was an album with a long and often unhappy history, and one which came to mark the end of his 21-year association with Motown Records. But in the generation between its release on January 15, 1981 and its reappearance in a deluxe, augmented edition in 2007, widespread recognition had grown for a record of huge historical importance and creative substance, in a story that would soon end in tragic circumstances.
In Our Lifetime? and its tangled evolution may represent the inner conflicts of a star with a social conscience that was often incompatible with his heartthrob status. But it also stands as an atmospheric and spirited body of work that works within both of those parameters.
Gaye’s biographer David Ritz would write that, “created from despair,” the album nevertheless “emerges as a surprising and positive work, a provocatively moving account of a man at war with himself.” It was also tangible evidence of the artist’s avowed belief that the world would destroy itself with nuclear war, a fear that inspired both the title and the vivid cover art.
As a sign of his personal issues, Gaye had responded to the less than warm embrace of his 1978 “divorce” album, Here, My Dear, with an initial plan for a new, more accessible record called Love Man. Distracted by drugs and by live shows that included a set of dates in Japan in November 1979, attempts to finish the record to his satisfaction hit the buffers. “The tracks are happening, but the lyrics are jive,” he told Ritz. The planned release of Love Man in March 1980 came and went.
"Marvin Gaye's In Our Lifetime came after 1978's confessional and meandering double album Here, My Dear. Although this better set does seem effortlessly conceived, it wasn't that simple. Gaye originally envisioned a "party" album and almost released one called Love Man. After some consideration, Gaye nixed the idea and aimed for an effort that would spotlight his religious concerns. Thankfully, In Our Lifetime splits the difference between the two mindsets. The first single from the aborted Love Man shows up here. "Ego Tripping Out" works as both a parody of the "love man" with a few autobiographical flourishes as he sings, "Got a sweet tooth/For the chick on the floor." Slowly but surely the religious matters do surface here. The buoyant "Praise" has a blithe riff inspired and/or lifted from Stevie Wonder and has Gaye getting his message across without being preachy. Although no song is especially brilliant here, the level of Gaye's musical sense and his vocal prowess carry him throughout. The unfinished and non-Gaye-approved "Far Cry" has lyrics that are steam-of-conscious and are barely decipherable. The mesmerizing "Love Me Now or Love Me Later" has Gaye examining both good and evil with equal skill. The last track, the title song, has Gaye back in the party frame of mind and has great horn charts and a propulsive beat. In Our Lifetime is one of his finest later albums and captures him as his craft was maturing and becoming more multifaceted." (Jason Elias, AMG)
Marvin Gaye
Digitally remastered