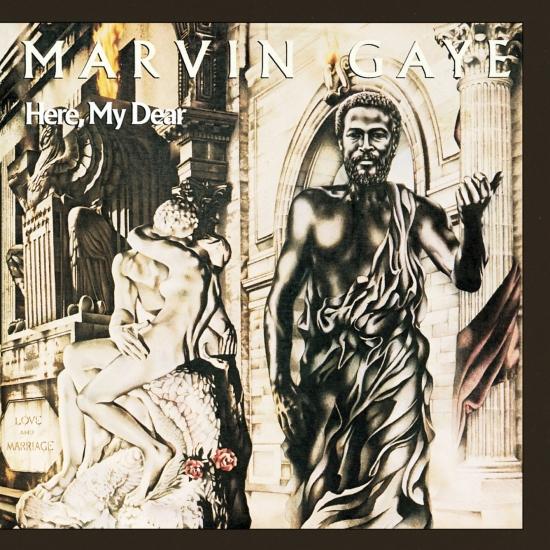 Info for Here, My Dear (Remastered)

Here, My Dear is the fifteenth studio album by music artist Marvin Gaye, released as a double album on December 15, 1978, on Motown-subsidiary label Tamla Records. Recording sessions for the album took place between 1977 and 1978 at Gaye's personal studios, Marvin Gaye Studios, in Los Angeles, California. The album was notable for its subject matter focusing largely on Gaye's acrimonious divorce from his first wife, Anna Gordy Gaye.
A commercial and critical failure upon its release, it was later hailed by music critics, in the years following Gaye's passing, as one of Gaye's best albums. "It's taken me a while," Anna admitted in later years, "but I've come to appreciate every form of Marvin's music."
"Ordered by a judge to turn over the profits from two albums to the first wife he'd left, Marvin Gaye produced this bitter, sad, bewildered masterwork. Over sprawling funk tracks, he questions her, himself, love, family, and, of course, asks, "Why do I have to pay attorney fees?" Both incomparably smooth and incontrovertibly twisted, Here, My Dear is Gaye with the mask off: even the multiple vocal overdubs can't hide his pain and his weariness." (Rickey Wright)
Marvin Gaye, vocals, piano, Rhodes, Roland bass, synth and horns, tape box, percussion
Charles Owens, tenor saxophone
Ernie Fields, Jr., alto saxophone
Fernando Harkless, tenor saxophone ("When Did You Stop Loving Me...", "Time to Get It Together")
Nolan Andrew Smith, trumpet
Wali Ali, guitar
Gordon Banks, guitar
Spencer Bean, guitar ("Time to Get It Together")
Cal Green, guitar ("Sparrow")
Frank Blair, bass
Eric Ward, bass ("Sparrow")
Bugsy Wilcox, drums
Elmira Collins, percussion
Gary Jones, congas
Digitally remastered