Against The Grain (Remastered) Rory Gallagher 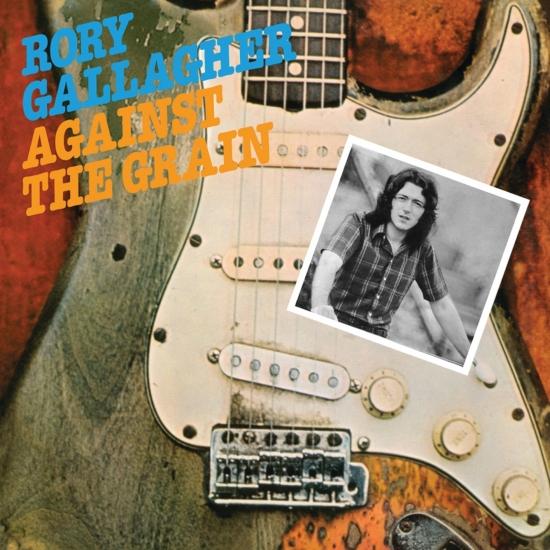 Info for Against The Grain (Remastered)

Against the Grain is the seventh album by Irish musician Rory Gallagher, Released 1st October 1975 and recorded at Wessex Studios, London. The album is mostly new songs written by Gallagher as well as some classic blues and R&B numbers.
"After releasing two albums in 1973 and a live, contract-fulfilling disc in 1974, Gallagher returned rested and recharged in 1975 with a new record label, Chrysalis, and a band with almost three years of hard touring under their belts. With its attention to detai, Against the Grain sounds more practiced and intricate than most of Gallagher's previous studio discs, but still includes some of his most powerful rockers. The supercharged "Souped-Up Ford," where Rory howls and wails, with his voice and smoking slide, and "All Around Man," an urgent blues rocker that begins with Gallagher screaming and crying together with just his electric guitar until the band kicks in with a stop-start blues rhythm, are two of the definitive moments. "Bought and Sold" adds congas to the mix to bring a more rootsy and even jazzy feel to Rory's table. But it's on the acoustic tracks where the guitarist and his band really lay into the groove. Gallagher's version of Leadbelly's "Out On the Western Plain," with its combination of Indian chords, American Delta folk and cowboy "yippee-ki-yay" chorus is one of the Irishman's unheralded highlights, and "Cross Me Off Your List" is affecting in its yearning melody, subtle keyboard and minor key. A playful and forceful romp through Sam and Dave's "I Take What I Want" shows Gallagher's soul roots. Two bonus tracks from the 2000 reissue and recorded at these sessions are country based jams, but neither is particularly impressive. Not his best album, Against the Grain is still prime period Rory Gallagher. Its well-rounded menu of country, Delta blues, and blues-rock is indicative of his approach; though few of these songs became classics in the guitarist's extensive catalog, they're far more mature and eclectic than most blues-rock bands' best work." (Hal Horowitz, AMG)
Rory Gallagher, guitars, vocals
Gerry McAvoy, bass
Lou Martin, keyboards
Rod de'Ath, drums, percussion
Digitally remastered