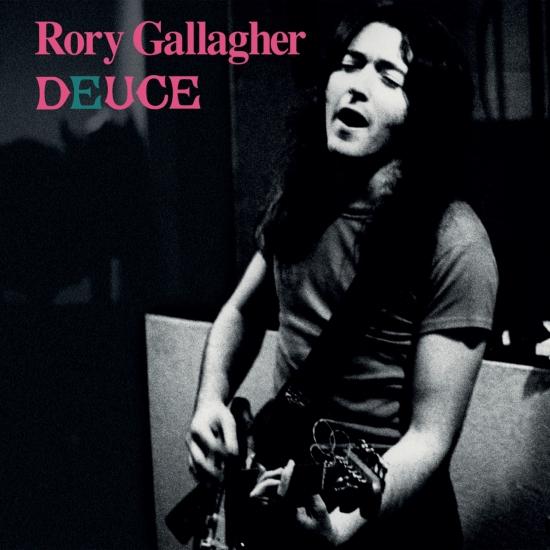 “Deuce” would make it Rory's third fully self-penned album in a row, having written all of Taste's second album “On The Boards” as well as the debut solo album “Rory Gallagher”. “Deuce” was released 28th November 1971 and recorded at Tangerine Studios in Dalston, East London, which had been built by the legendary British record producer Joe Meek. In contrast with his previous album, Rory Gallagher, where Gallagher tried for a precise, organised sound, Deuce was his first of many attempts to capture the energy of a live performance in the studio.
"Released in November 1971, just six months after his solo debut, Rory Gallagher's second album was the summation of all that he'd promised in the wake of Taste's collapse, and the blueprint for most of what he'd accomplish over the next two years of recording. Largely overlooked by posterity's haste to canonize his next album, Live! In Europe, Deuce finds Gallagher torn between the earthy R&B of "Used to Be," a gritty blues fed through by some viciously unrestrained guitar playing, and the jokey, country-billy badinage of "Don't Know Where I'm Going," a too-short snippet that marries Bob Dylan to Ronnie Lane and reminds listeners just how broad Gallagher's sense of humor was. Reflecting the laid-back feel of Rory Gallagher, "I'm Not Awake Yet" is a largely acoustic piece driven as much by Gerry McAvoy's gutbucket bass as by Gallagher's intricate playing; "There's a Light", too, plays to Gallagher's sensitive side, while stating his mastery of the guitar across a protracted solo that isn't simply spellbinding in its restraint, it also has the effect of adding another voice to the proceedings. But such notions of plaintive melodicism are utterly exorcised by the moments of highest drama, a sequence that peaks with the closing, broiling "Crest of a Wave." With bass set on stun, the drums a turbulent wall of sound, and Gallagher's guitar a sonic switchblade, it's a masterpiece of aggressive dynamics, the sound of a band so close to its peak that you can almost touch the electricity. Of course, that peak would come during 1972-1973 with the albums upon which Gallagher's reputation is today most comfortably set. Deuce, however, doesn't simply set the stage for the future, it strikes the light that ignites the entire firestorm." (Dave Thompson, AMG)
Rory Gallagher, vocals, guitars, harmonica
Gerry McAvoy, bass
Wilgar Campbell, drums, percussion
Recorded 1971 at Tangerine Studios, Dalston, London
Produced by Rory Gallagher
Digitally remastered